Sam Carrodus is a musician residing in Christchurch, New Zealand. He is a talented guitarist specialising in Funk, Jazz and Rock music with inspirations ranging from Wes Montgomery to Mark Lettieri. His rhythm and style is a unique blend of old psychedelia and modern funk. 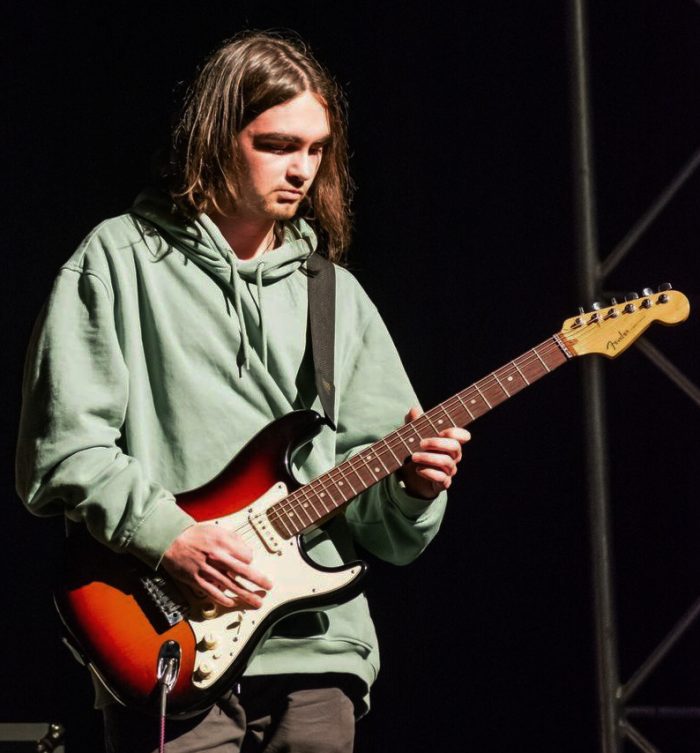 Sam began playing guitar at the tender age of 13 and instantly fell in love with the instrument.  He has gone on to become a dependable musician and performed in various competitions and festivals such as the Christchurch Big Band Fest and Southern Jam, coming out with multiple awards.  Sam’s guitar playing can be described as a mix of Funk and Psychedelia with his conscious-expanding tone and mind-bending rhythm playing, his experimental sound redefines the rhythm guitars place in a band. Currently, Sam is still growing and improving, studying music at Ara Music Arts with the goal of becoming a Full time Musician.