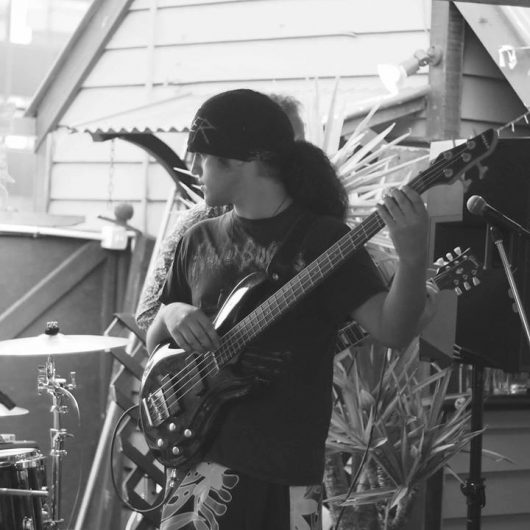 Lenox is a young musician based in Christchurch. He is in his second year of studies at Ara Music Arts working towards his Bachelor of Music Arts (Jazz), majoring in guitar. He is also the CEO of the company, K.R.O Entertainment.

Lenox is available for guitar lessons in both jazz and contemporary styles, music theory lessons and ensemble coaching. His company also accepts contracts for tailored music.

During his studies, he has received private guitar tutoring from renowned musicians Bob Heinz, Brad Kang, Harry Harrison and Andy Genge, along with theory lessons from Scott Taitoko and Cameron Pearce.