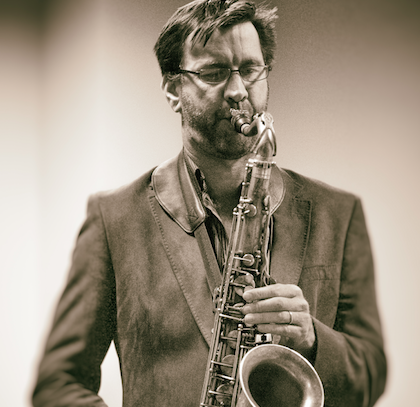 Saxophonist, composer and arranger Gwyn Reynolds is an active contributor to the Christchurch music community and can be found in a wide variety of interesting musical situations ranging from cool jazz in small clubs, greasy funk with his mates, or deep in the pit of the Isaac Theatre Royal playing musicals. He has recorded extensively - from pop to pomp, composed original instrumental music and is an arranger for hire. 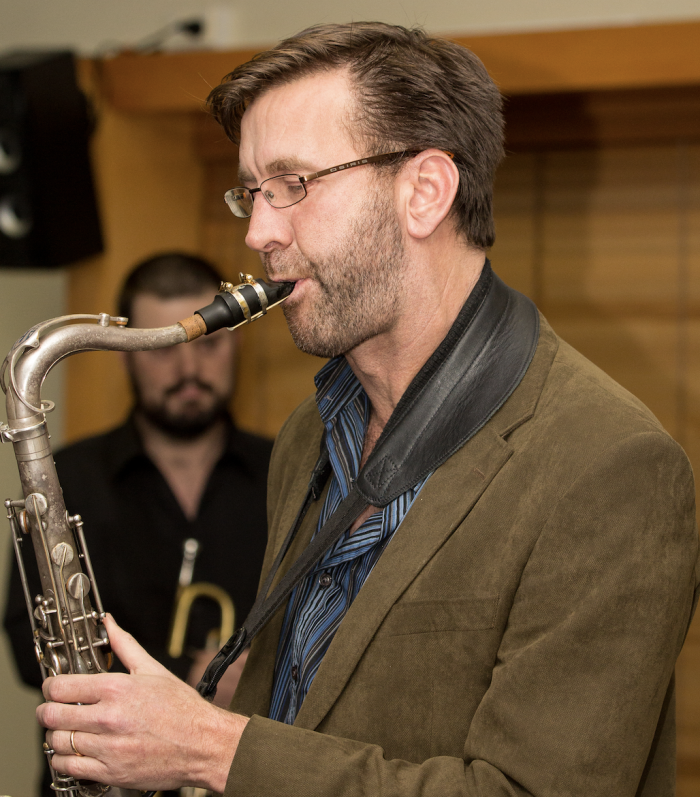 Gwyn Reynolds was drawn to the saxophone in his formative years and fell in love with the playing of Dexter Gordon, whom he has transcribed extensively. Areas of musical interest include the improvisations of trumpeter Roy Hargrove and the composition of Oliver Nelson and Dave Holland. In 2009 he produced and played on an album by ‘Sumo Jazz’ (finalist in the Tui Jazz Awards). He is a regular performer at Jazz and Blues festivals throughout the country and has composed for numerous projects, including ‘Symposium’ and the C.S.O.

He is currently programme leader of Ara Music Arts (formerly CPIT jazz school) and teaches a number of subjects, including specialist ensembles, improvisation and Principal Study (saxophone) and jazz composition/arranging.

Gwyn has studied at a number of institutions throughout the country, including Auckland University, Wellington Polytechnic (now Massey University)[Dip Exec, Jazz], Victoria University [B Mus Comp] and Canterbury University [BMus Hons], as well as a two-year music scholarship in Bremen, Germany.